Last weekend, my middle son turned 12. (Shout out to all the other mommas out there coping with middle child syndrome 😉 ) To celebrate, we had a pool party, & of course I asked the guest of honor what he would like me to grill. He absolutely loves Mexican food, ALL the Mexican food, & immediately requested fajitas. I decided that, since we were grilling fajitas, some street corn would be a great addition, besides nothing says summer quite like the deliciousness that is the flavor of some good street corn.

As is the norm, people did not RSVP, & I can’t blame them, since this party was kind of last minute & most of those invited had about a weeks notice. In an effort to be prepared for the maximum number of possible guests, since I was unsure of the head count, I ended up with an abundance of leftover corn.

Then a friend (who provided some amazing Spanish rice for the party) told me about a street corn casserole she had tasted at a party once. I immediately took a look at a few recipes on Pinterest, & a couple days later, made use of all the leftover ingredients I had on hand. 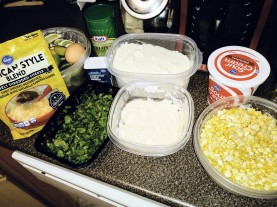 I preheated the oven to 350, shaved the kernels off of seven ears of corn, & already had my Miracle Whip/garlic powder mixture made (you can use mayo, I’m a Miracle Whip person myself), along with sour cream, parmesan cheese, shredded Mexican blend cheese, an egg, chopped cilantro, chipotle chile powder, & lime wedges.

I mixed about 1/4 cup of the Miracle Whip & garlic powder that was already mixed, with about 1/2 cup of sour cream, 1/2 cup parmesan, 1/2 cup shredded cheese, one cup Cotija cheese, & the egg. Then I added the corn to the mixture, then placed it all into my casserole dish sprayed with nonstick spray. 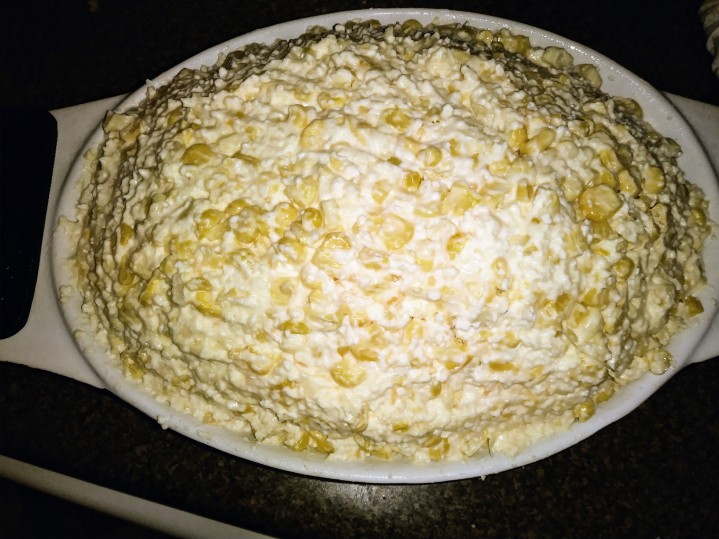 This went in the oven for 40 min. The dish I used ended up being too small, which I could clearly see & was just too stubborn to move it to a larger dish, & as the casserole baked, I had to add a baking sheet underneath to catch some of the dripping. I topped off my finished product with more Cotija cheese, chopped cilantro, chipotle powder, & the juice from four lime wedges. 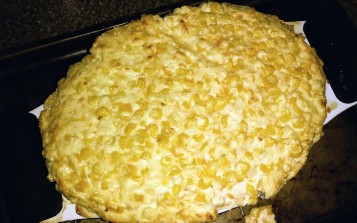 Mmmmm… All the delicious flavors of Mexican street corn, baked to perfection, no toothpick required after!

Oh, & before you scroll down to the recipe, check out this custom chocolate cake my amazing aunt made! If you need a custom cake for ANY occasion & live around the Mont Belvieu, TX area, reach out to me & I will get you in touch!

Hi! We are Gerri & Renee, a couple of mommas who met in high school, who through life circumstances God reconnected & led to work together to help & encourage other single mommas in their faith walks.

Gerri, Honey Seeking Mom, likes to say she’s from a little bit of everywhere, having moved around a lot between Louisiana & southern Illinois growing up, & now happily living life as a Texan. She’s a single mom of 3 boys, & if you read the post “The Adventure Begins,” you’ll find out how this blog started & where the name Honey Seeking Mom came from.

Renee, Kingdom Seeking Mom, is still in southern Illinois, no longer single, but bringing that point of view of a once single, now re-married mom, of a beautiful daughter.

After some of our life experiences, a desire & passion to help equip other single mommas to lead a God-first life as they continue their journey in Christ has grown within us, & we are so excited to see where God takes us on this journey!

Feel free to contact us & tell us a little about yourself & any prayer requests you might have, we’d absolutely love to get to know you & pray for & with you!